The Real Covers are pictures made as a 2003-project. Below you can see the result.

When you click on a picture you go to the page were you can read the story behind the scene.

And a copy of the original picture will be shown as big as possible. 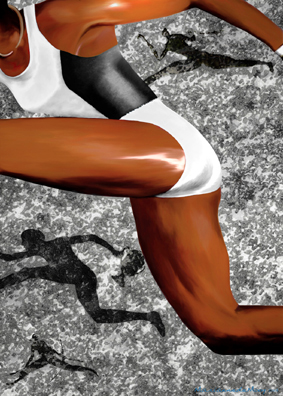 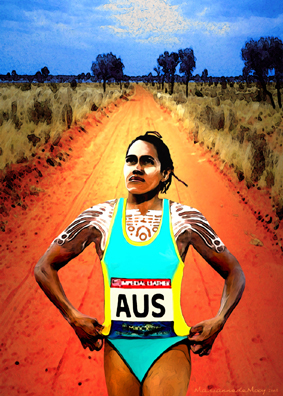 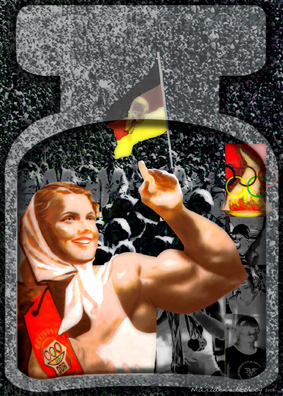 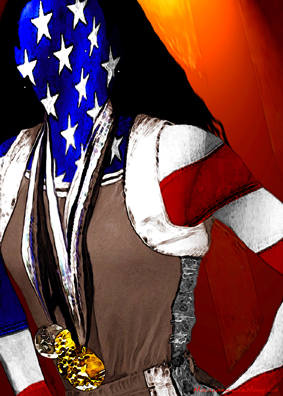 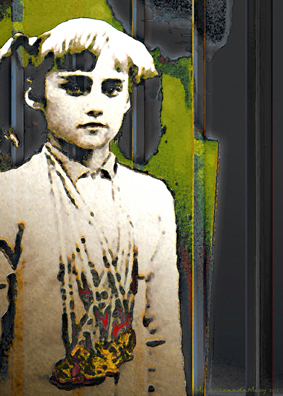 The Real Covers are pictures made as a 2003-project.

When I did some research for a calender I did read some of the stories behind the greatest sportsmoments in history. It seemed to me a great idea to visualize those by using original photo's and adding extra elements. And also a quote from the american female writer Irene Peter felt like expressing this subject. " Just because everything is different, doesn't mean anything has changed. " Because what was really changed after the facts were known about forced use of doping or athletes blackmailed to accept national colours.

Untill now it are only the achievements in sports that make it to the headlines. But maybe its usefull also to know the real story behind those facts and so get a true picture about where we stand on this verry day in 2003.

My series of six new-graphic pictures is called " The Real Covers ". Although the series is totally made by computer it took a lot of time and craftmanship to compleet a picture. The last fase of this project is not yet done. This will be making 150cm/110cm prints (offcourse no dot pattern) and let them been sealed in.... So then the pictures can be seen at their best without the use of a computer.

I think now it's time to make people aware again about the world they live in. Although this world is bigger and more complex then centuries ago. But even then painted pictures and statues were used to show people facts of live and also give them the beauty of craftmanship. And so with recognizeable images and symbolism I hope the viewer again will be drawn to the story behind the picture.